I hiked part of this trail while camping at nearby Boulder Creek campground. Unfortunately, some campers at another campground left a fire unattended and started a forest fire. I cut my trip short.

Also, I was worrying about the propane canister I'd packed in the Jeep which was sitting at the trailhead in the heat. Even though I still had another night I'd packed up everything but my tent (e.g. cooler, chair, dry goods, stove/propane). 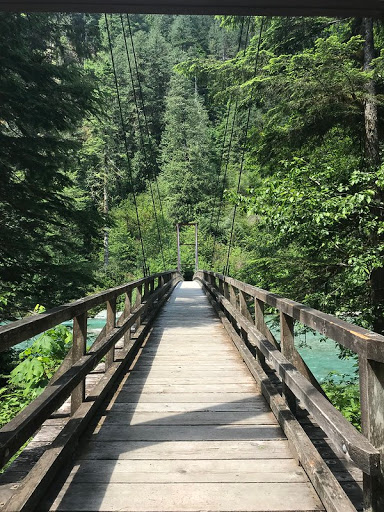 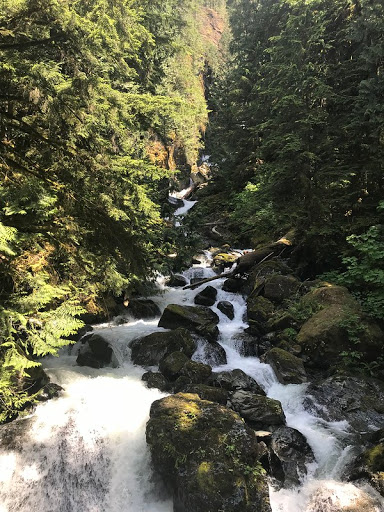 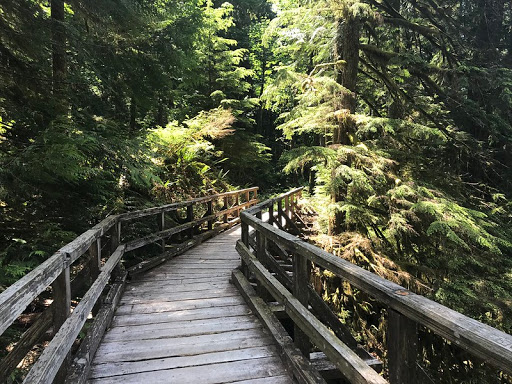 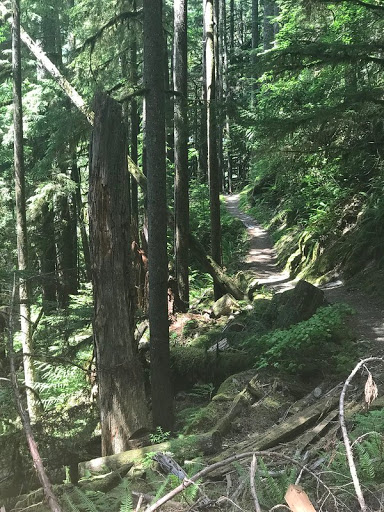 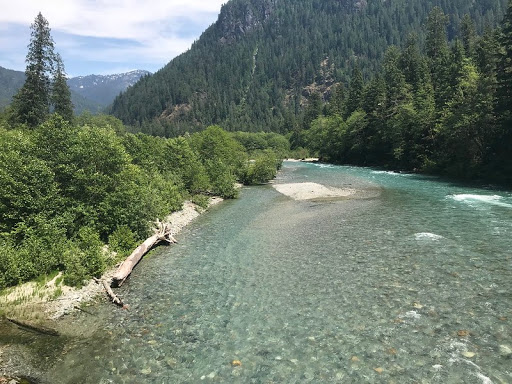 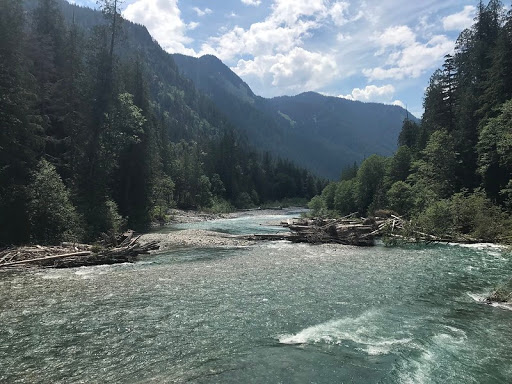 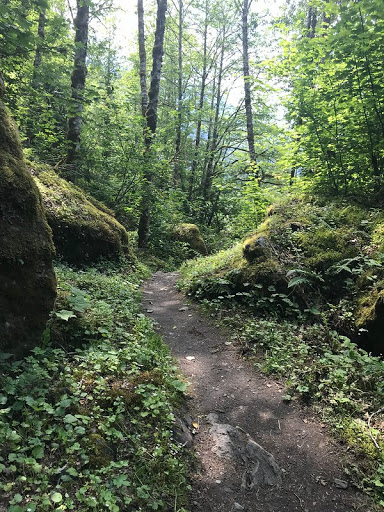 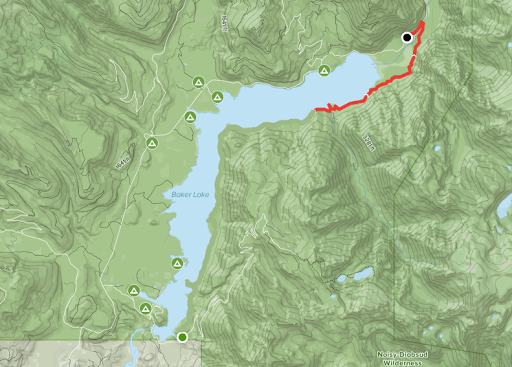 For the first leg of the trip, I drove from Portland to Bellingham and stayed at this cool hotel, Heliotrope Hotel, that reminds me of Norwegian accommodations, modern, minimal but smart furnishings. 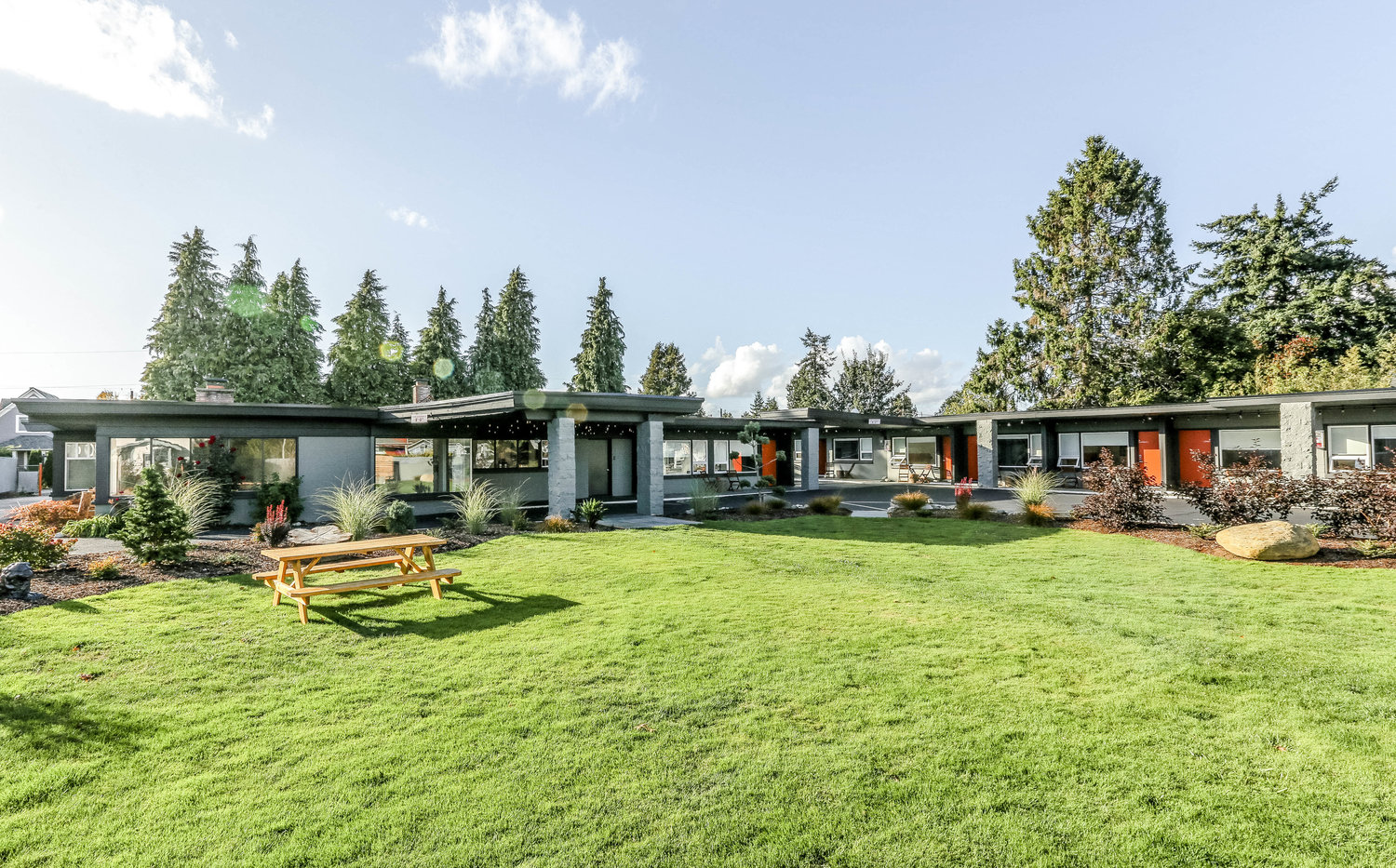 The next day I hugged the coastline south along Hwy 11 (Chuckanut Drive) through Samish. It's kind of like Hwy 1 around Big Sur or Bodega Bay. I followed this road until it opened up into farmland after Blanchard. 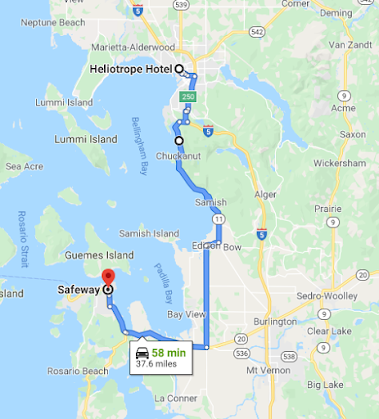 Out of curiosity and the need to get some ice and a few other last minute supplies, I headed out on Hwy 20 to Anacortes for a quick look around at the coastal community before heading in the mountains. I took my time to pack all my food in the cooler and stow the other non-refrigerated stuff.

Vowing to return to Anacortes, I started on my journey to the mountains via Hwy 20. It's exhilarating to head into the wilderness; the freeway in the rear-view mirror and trees and rugged peaks ahead.

The turnoff for the campground and Baker Lake is Concrete, WA. From there it's another 15 miles up a paved road to the campground. 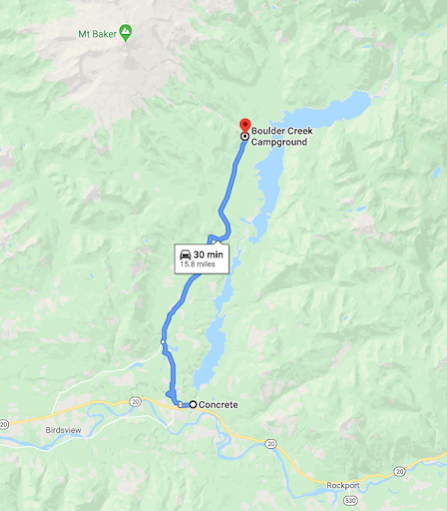 Hike from end of the lake on Bake Lake Trail

I think I had one more night at the campground but the fires kind of messed things up a bit. I wanted to leave but didn't want to drive back to Portland. I figured I was so close to Vancouver, BC, why not head up there for a couple of days.

I tried to be as convincing as possible when telling the border official what my plans were. I made up my itinerary on the spot with some vague reservations at a hotel and camp spot.

Deluxe suite at the Delta Hotels by Marriott, 2 rooms plus bath

Drinks at Pourhouse, and a killer dinner on Water St (Momo Sushi)

Trip up to the Vancouver Lookout

Trip up the lift at Grouse Mountain; saw the two orphaned Grizzly Bears - Grinder and Coola

Impromptu (and lucky) ferry boat ride from Horseshoe Bay to Nanaimo, then up Hwy 19/19A to Parksville and Rathtrevor Beach Provincial Park.

Long side trip to Ucluelet and the Amphitrite Point Lighthouse

Impromptu (and lucky) ferry boat ride from Victoria, BC to Port Angeles, WA

Day 7 - Port Angeles, WA back home to Portland, OR

I left the mediocre motel early in the morning and saw tons of dense fog on Hwy 101. I imagined being chilly in a tent somewhere nearby, maybe having to urinate but not wanting to get out of the warm sleeping bag and putting on pants and shoes. Yet, I was speeding by in the Jeep with my heater and tunes, both blasting in my face.

I remember stopping at restaurant in Hoodsport. I glanced at it when I drove by. It was in 2006 after I'd graduated from PSU and was returning after a few days on the Olympic Peninsula.

It always makes me a bit melancholic at the end of a road trip, that last day. You realize it'll be over soon. You're heading from camping locales and nature to freeways and lots of people and cars, all going which way.

The routes up to now have be new and exciting but now I'm on a familiar road, and a big one, I-5. I've driven it at least a few dozen times on my way to Seattle and such over the years in the PNW.

I sort of get excited when I start to get close to home. I see signs from the Interstate Bridge. I cross the bridge into Oregon and pass Jantzen Beach and the Expo Center. Soon I'm in my driveway, engine off and  it's crackling. Home. 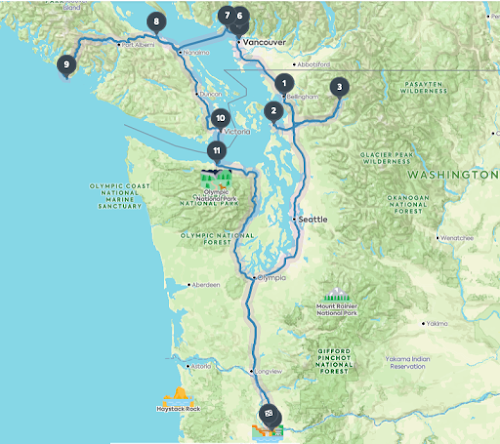 I'd just planned to check out the reservoir and dam but ended up hiking all the way to the waterfall. It was pretty warm out there so I was glad to have my straw hat. 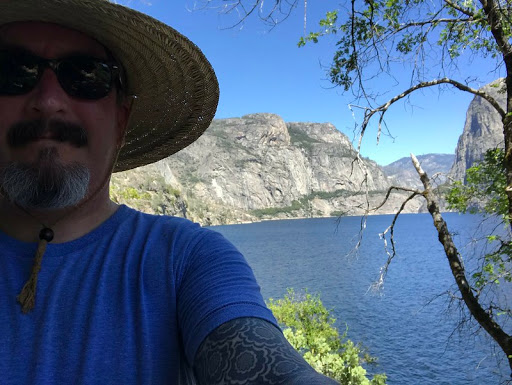 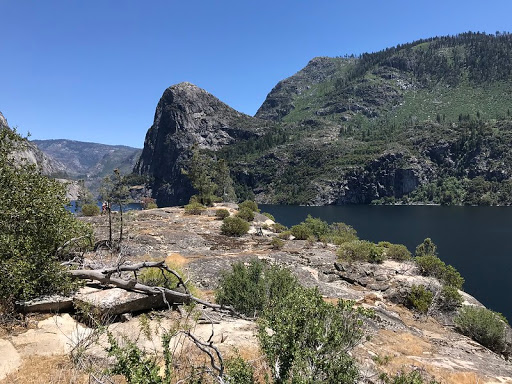 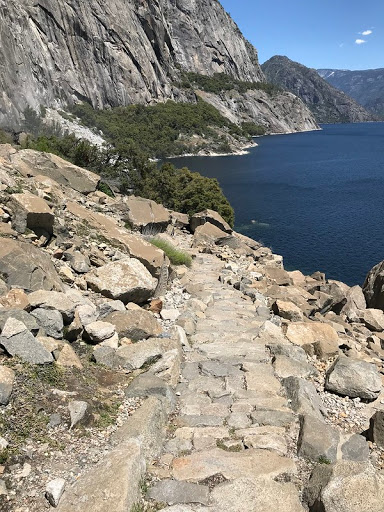 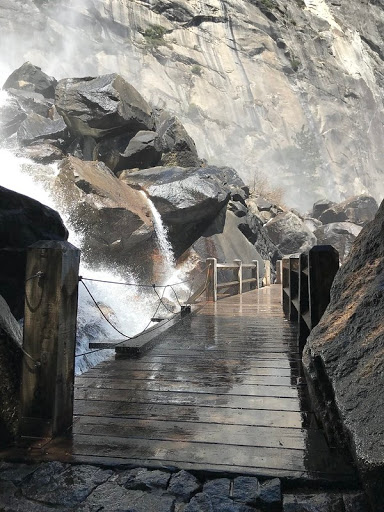 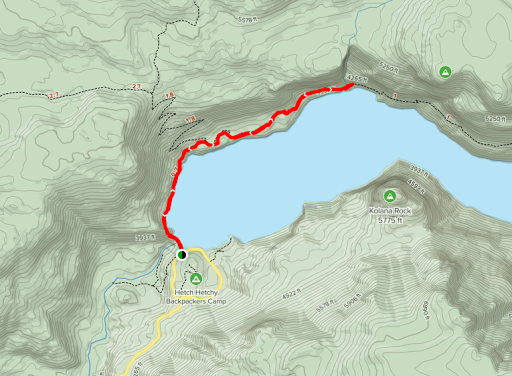