This was one of my most epic hikes in the last decade. It was a late add to my Norway itinerary. The flight from Oslo to Stavanger was uneventful but the connections between the airport and the Mountain Lodge were challenging. I nearly missed the last ferry boat to Tau. I couldn't find a shuttle from the Tau to the Mountain Lodge, partly because no one wanted (or could) to speak in English.

I'd booked the sunrise hike with OutdoorLife Norway. The start time was 4 am the next morning. I could hardly sleep due to nerves about being able to complete the hike without much conditioning beforehand, partly because I was worried about oversleeping. I was up about 30 mins before and was already packed so I took my stuff downstairs to wait. I went out to the parking lot to see how much layers would be in the cold. A pair of hikes arrived by car and went inside we said hellos. The van with the rest of the hikers showed up. Our guide was Erlend. https://outdoorlifenorway.com/meet-our-team/

My Hoka One Ones would have been fine but I opted to use their boots so I could keep my only footwear dry and clean for the rest of my Norway trip. Erlend distributed clothing and hiking poles for everyone that wanted them and we went into the lodge to chat and gear up. During around-the-room introductions, I was "Larry from Portland!". 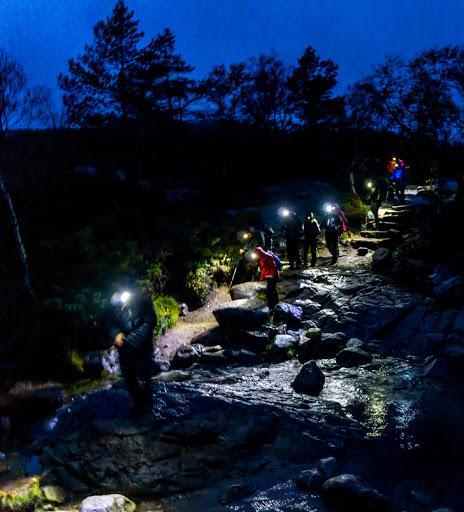 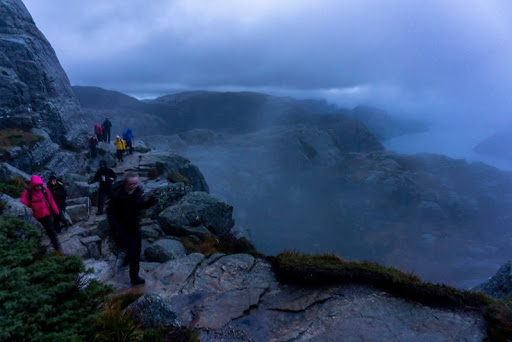 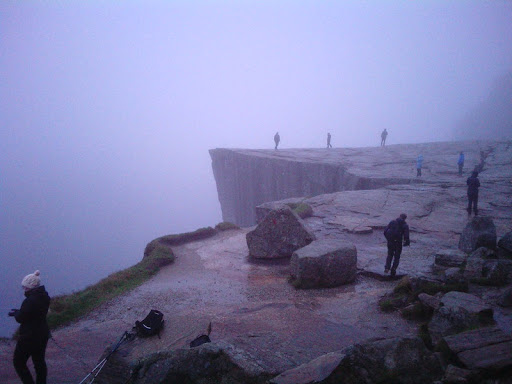 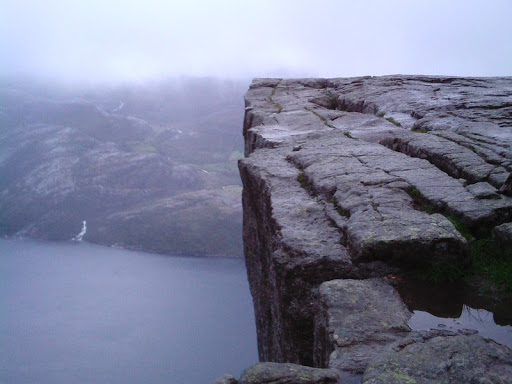 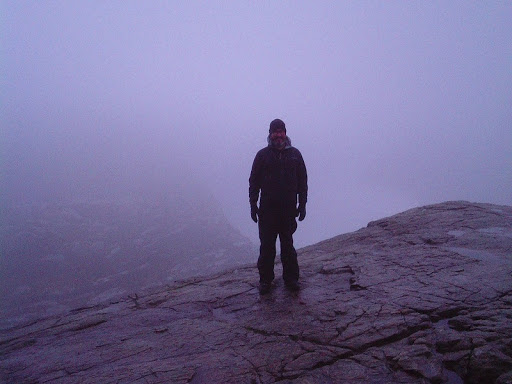 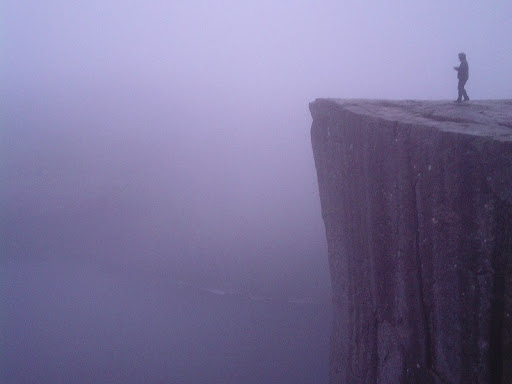 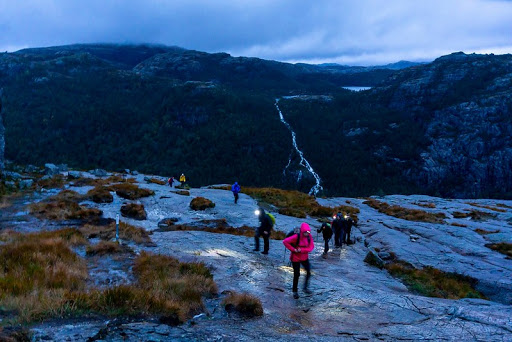 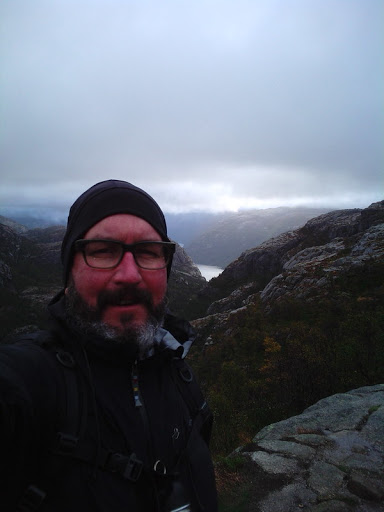 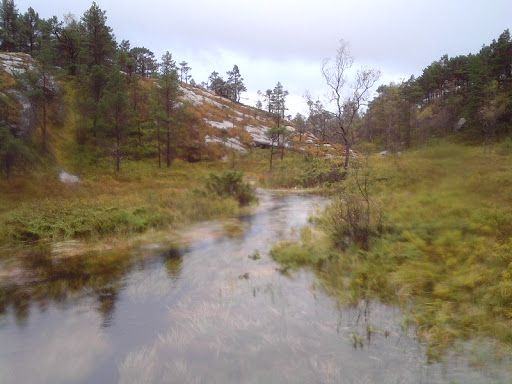 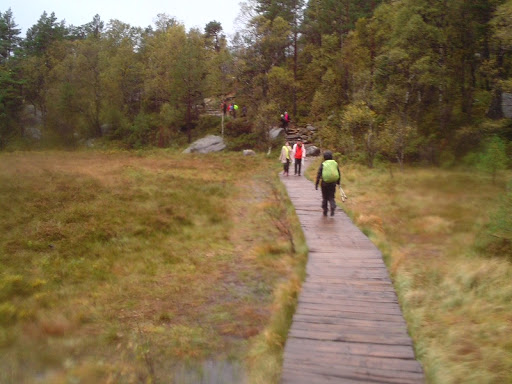 Sherpas first began working in Norway in 2000 and have built paths and stairways in over 100 different Norwegian locations.

Much of their work has been filmed by a documentary team from national broadcaster NRK, who interviewed a number of the Nepalese mountaineers.

Sherpas come from a small area of the Himalayan mountain range near Mount Everest – and traditionally from a specific village – and live their entire lives at high altitude, training from an early age the ability to lift and carry heavy objects on their backs. 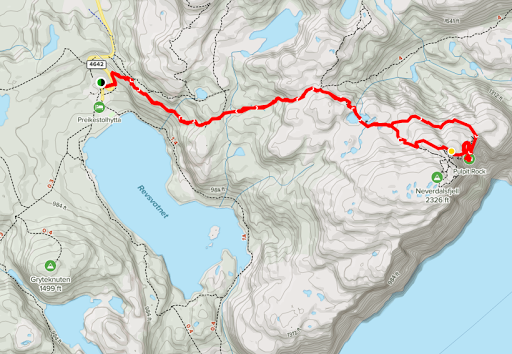