Probably my last Hamilton Mtn Hike in 2021! I love this place. And... today, I didn't even reach the top.

Pretty normal hike until the bottom of the Little Hamilton switchbacks. This is where I started to see some snow on the trail itself. The switchback were muddy and a bit slushy but still normal(ish).

When I reached the bottom of Little Hamilton (the lookout), the snow was on! it was pretty thin and slushy. I passed a couple of women than had packs but were wearing sneakers. I was glad to have my waterproof boots because the rocky switchbacks had ankle deep snow.

The final section (the "14 turns") the snow was a little deeper but the real challenge became the trees branches that were blocking the trail because they were weighted down with wet snow. I crawled under, over, and pushed through a dozen times. Turn #13 and #14 were really blocked. I struggled to get passed, ignoring the steep bypass someone had made. I noted it for my descent. The long straightaway to the top was in bad shape. I was really close but came to a 10ft section branches that looked impermeable without a big hassle. I knew I wasn't doing the loop so I turned around. 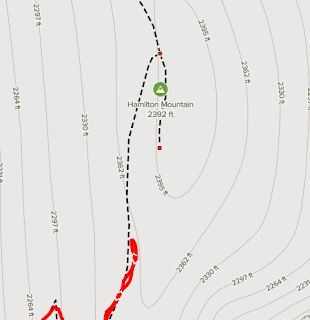 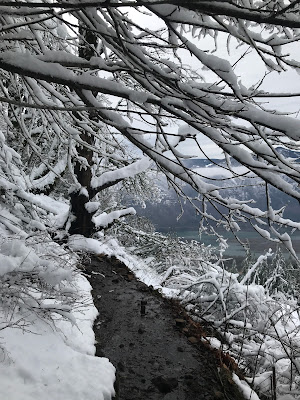 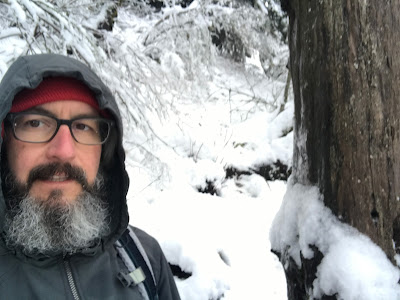 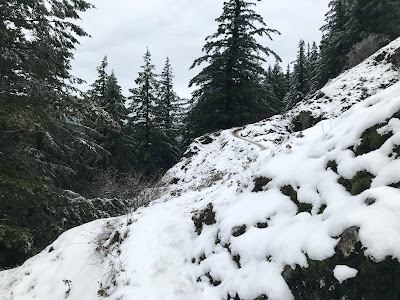 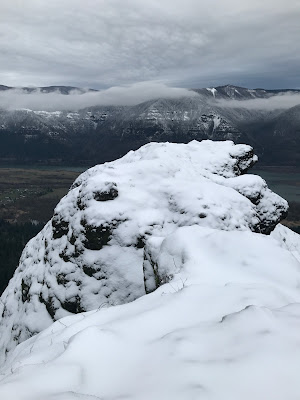 On the way down, I stopped to take some photos from the viewpoint (example above), a family of 5 (at least 1 adolescent) were on their ascent. They didn't look too prepared, sneakers, light clothing. I didn't say anything but I probably should. They were talking and meandering up the trail. I knew it was going to get dark quickly, especially in the trees below.

And sure enough. I had enough light to see the rocks and mud puddles on the ground but it was getting dark. I had memories of my last hike in the twilight. A guy and his dog were heading up to Rodney Falls.

I was just 4:30p when I reached the car and there were two other cars still in the parking lot. I think this park is safe enough and the trail is wide and there really aren't places to get lost but it's easy to get caught unprepared weather and daylight.

Next time I'll say something because even if they ignore the advice, it's better to have given it.

I remember my hike to Preikestolen. On our hike back to the lodge, Erlend kept warning people that weren't properly dressed that the weather could change quickly on their hike. Every single one of them shrugged it off.