All it took was the post by Mt Hood Meadows that it was blue bird day at the mountain. After a lame trip up toward Mt St Helens but not actually making it to anywhere good, I wanted to get some exercise.

The conditions on Hwy 26 were good, mostly dry until the straightaway passed Ski Bowl. At 10:30a, there were a lot of cars n trucks. up there. The Ski Bowl parking lot was overflowing and there was a horrendous line going up to the Timberline. I considered stopping at Trillium Lake but that parking lot was super park and overflowing too. 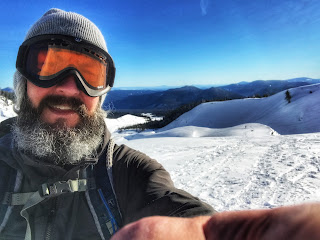 I hadn't used my gear since last winter but the boots felt nice with my Darn Tough socks. I grabbed my poles but neglected to switch out the baskets. I headed down the road toward main parking and hopped onto the snow. I realized I'd left my phone so no photos and no trail tracking. I considered forging on but also realized my eye wear wasn't right, I need goggles.

I started the trip tracking on AllTrails and started hiking.

I took the trail up as far as possible. I sat on the rock in the photo below, the highest point on this ridge. It's not a marked trail but is the starting point for skiers. Actually there were lots of fresh tracks on the adjacent ridges, true die hards. 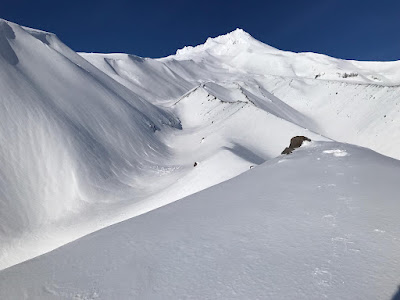 On the return trip, I descended through the trees. There was a well-packed trail that made it easy to keep a steady, comfortable pass. I really like these snow shoes because they rarely feel like they're in the way. I don't do anything special with my stride. 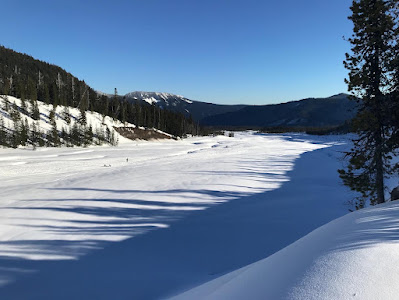 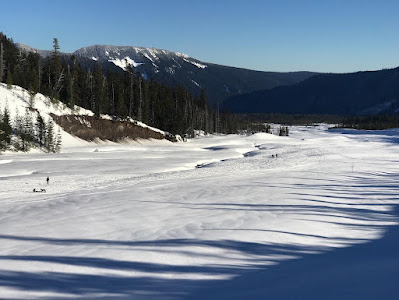 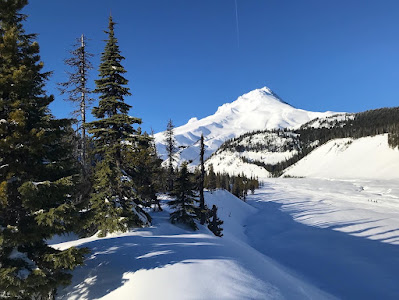