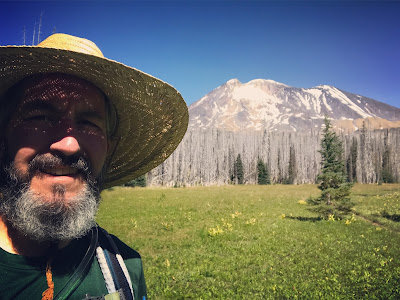 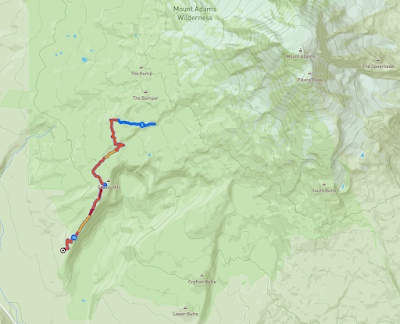 The gravel road is in pretty good shape, just a few potholes to keep an eye out for.

I didn't keep track of the time but I took I-84 from Portland. Google Maps estimated the trip to be about 2 hrs.

Unfortunately, AllTrails app messed up again and I didn't get a recording of the hike. I was able to reconstruct it with the Footpath app.

This was my first hike around the Mt Adams area. I remember exploring somewhere around Trout Lake in my pickup when I first moved to the PacNW in 2003, but I always considered it off-limits to non-Yakamas except by permit, like to climb to the summit.

All these years later, I learned it's only partly true. The west side of the mountain is not on Yakama land and there are a few trails and the PCT passes by. However, the southeast side of the mountain is only open to non-Yakamas for about a month in Sept (Aug 29-Sept 25) for hiking, camping, fishing/hunting by permit. I'm fairly certain that you can get a permit year round for climbing, probably like Mt St Helens.

This was my final hike for the Hike-A-Thon. I considered going to an old favorite (Hamilton Mtn) or finally checking Table Mountain off the list, but I decided a new hike. I looked up Mt Adams and looked up the directions to the trailhead.

I remember my camping trip at Takhlakh Lake a few years back and giving a ride to a resident of Trout Lake.

The 2-hour drive from Portland was comparable to anything around Mt St Helens, from south or north, or even Mt Hood.

I got a later start than I'd have liked in hindsight. I still got to the trail by around 1pm.

The hike starts in the forest but when you get to the ridge, you weave through an old burn. The trees are mostly dead, their limbs wrapped around the trunk like a dead insect. There's not much perceivable elevation gain but in the end, I did ~2000 ft of gain.

There were several pairs of hikers on my ascent; I mentally tried to estimate the groups to the number of cars at the trailhead.

I really didn't know what to expect. It felt a lot like the Vista Ridge or McNeil hikes at Mt Hood. I never made it above the treeline. Looks like it might if you follow the PCT North route.

Around 3pm, I started thinking about turning back. I could see PCT junction so I figured I'd at least make it there. When I got there I looked at the map again and estimated I could actually complete the Lookingglass Lake loop. Seemed like it'd be downhill a bit so could make good time.

When the trail reached the edge of the ravine and started to down, I had second thoughts. I really didn't know what to expect and it was then around 3:30p. I stopped and went back the way I'd come. Even though it wasn't much longer to retrace my steps, at least I knew the trail.

I passed a guy before I reached the junction. I thought dammit, I could have done the loop. Oh well. Next time.

On the way back I caught up with the pair I'd talked to and eventually passed them on the ridge.

Not much further ahead I reached the trio. I tried to make noise by stepping on twigs and such. I stopped for a min or two to let them get ahead.

They had a dog that had stopped on the trail. I was able to pass them there.

Back at the car, I sent my "I'm done hiking" message on my InReach. I put it on the bumper while I stowed my gear and changed out of my hiking boots.

I hoped in the car and put on some tunes. A good hike.

About a 1/2 mile I stopped. Fuck, I'd left the InReach on the bumper. I turned around and headed back to the trailhead. I passed two cars. I was pretty sure it had fallen off the bumper just a little ways from my parking spot so I didn't bother looking until I was close. I just hoped that neither of those cars had run it over.

To my relief, I spotted it face down in the gravel just a few feet ahead of my parking spot. Hooray! it has a couple of scratch on the plastic but the screen is fine.

I look forward to going back and exploring some other areas. 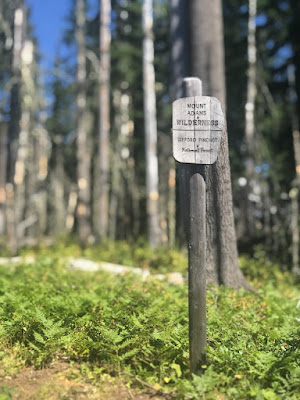 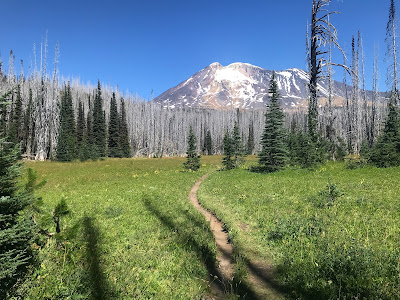 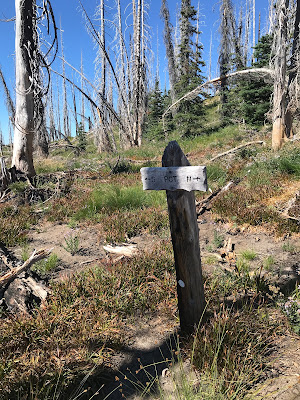 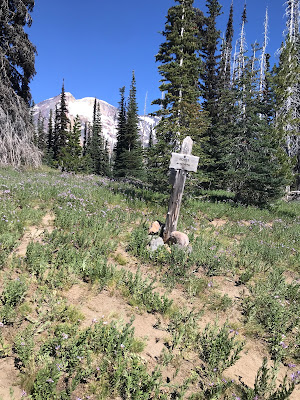 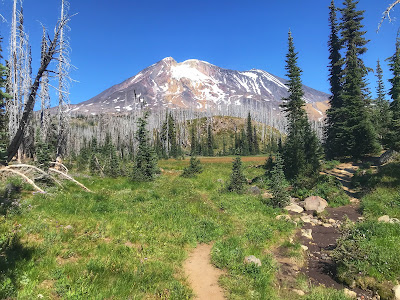 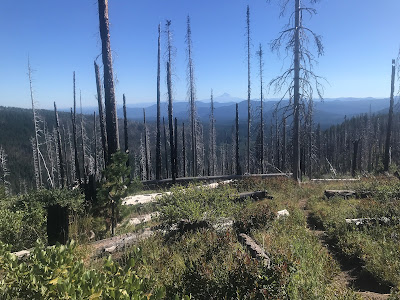 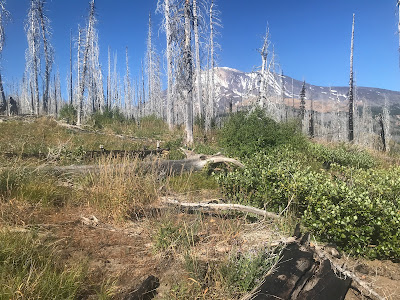