Just after Doetsch Ranch you'll see the Ranger Station on the north side of the road just before the Beacon Rock parking lot, then another road across from the bathrooms. The road winds up the hill for a bit.

However, today, the road was closed. I parked under Beacon Rock and walked up. There was snow and debris from the trees. I was kind of weird seeing an empty parking lot.

The trail from the beginning was covered with pine needles and branches. The snow had become icy and crusty. I managed to maintain my traction throughout the first section but when the trail emerges from the trees under the power lines, it got pretty slippery; I walked on the edge in the dirt & mud.

At the junction for Hadley Grove I stopped and put on my microspikes. Now, it was good to go!

I passed a couple of hikers that were having a tough time without the right gear. They looked cold but cheerful. I zoomed by.

I saw a few others but only a couple that looked suited up for the conditions.

It was challenging even on the flatter sections. The hard snow covered the trail so you had to walk on an angle, digging your foot in for every step, or skirt the edge when possible where the ground was still visible.

I kept marching upwards at a slow, steady pace.

When I got to the first big switchback, it got really dicey. I considered stopping here and going back down to the Hardy Creek trail. I even ventured out about 20 ft then turned back. It looked like the trail was exposed about 40 ft so I went for it.

The trail on the switchbacks was snowy & icy but manageable.

I finally made it up to the viewpoint under Little Hamilton.

I continued onward but as the trail got narrower, I really slowed down, having to plant each step deliberately in the icy.

Before the detour up the steep path to Little Ham. I turned back. I could have inched a bit further but would have to come through this stuff on the way down. There was no way I was making the summit today.

It was great to be out there, esp. so soon after the recent winter storm with snow and ice.

This might be my last Hamilton hike of 2022. I'd kind of hoped I could summit one more time and see the Saddle but conditions aren't right and it's almost the new year! 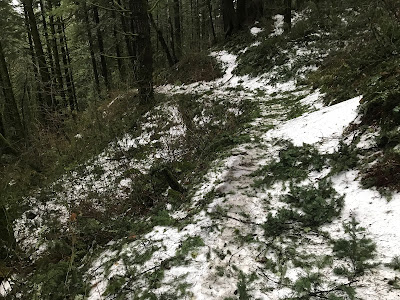 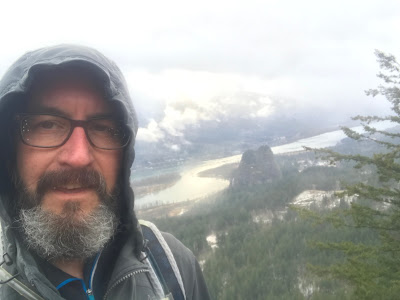 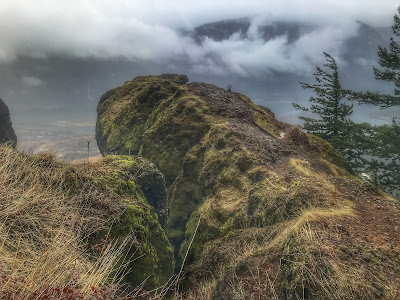